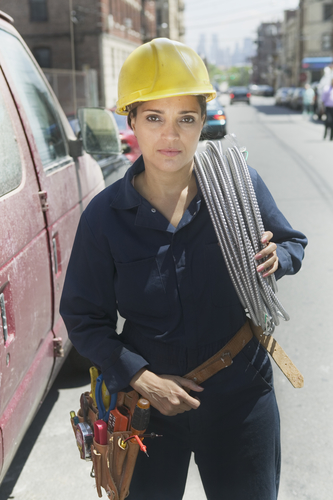 A wrongful termination, as that term is used in the judicial system, generally refers to an employee’s termination which was the result of an illegal motive, as specified under a particular law, or which was undertaken in contravention of the terms of a contract or agreement under which the employee was working for the employer. Common examples of illegal reasons or motives include that an employee was fired because of his or her race, gender, national origin, religion, disability or age. An employee who is terminated because of their inclusion in one of these protected classes or because of such an illegal motive may bring a claim against an employer for the damages that they have suffered as a result of such discrimination. Mr. Tobin has successfully represented employees in claims for wrongful termination for over 18 years.

It is also illegal to fire or otherwise take adverse action against an employee because they have engaged in legally protected activity or speech. In many situations, an employee who complains to an employer’s managers specifically about a legal violation, such as a discrimination or harassment, has engaged in legally protected speech or activity. It’s illegal to fire, demote, harass, or otherwise “retaliate” against job applicants or employees because they:

Likewise, a claim for retaliation may exist where an employer refuses to promote or take other adverse action against an employee because she or he has filed a charge of discrimination with the Equal Employment Opportunity Commission (“EEOC”), even if later no discrimination is found. A number of state and federal laws forbid retaliation against employees who try to avail themselves of the protections afforded under certain employment laws. While retaliation can be subtle and often hard identify, more obvious retaliatory conduct is found with regard to firing, differences in pay structures, job assignments, promotions and/or layoffs. Additionally, it is illegal under Florida law to retaliate against an employee who has filed or attempted to file a valid workers’ compensation claim.

Employees who engage in whistleblowing activity are also quite often subjected to retaliation. In general, whistleblowing is an employee’s disclosure to the public or to those in authority, of mismanagement, corruption, illegality, or some other wrongdoing. These activities typically include things like:

There are a number of state and Federal laws which specifically protect an employee’s internal complaints to his or her employer, among other things. As an example, an employee’s safety or quality assurance concerns expressed internally to their employers may be protected under the whistleblower statutes. However, many such whistleblowing protection laws have very specific requirements in order for an employee to avail themselves of the protections afforded under these laws. An employee or former employee who believes that they have been retaliated against for engaging in whistleblowing or who are in a situation where they are considering engaging in whistleblowing activity should seek competent legal counsel immediately to ensure that they are the best position possible. Speak with Bradley Tobin about your work issue to determine your options. Call Mr. Tobin at (813) 452-6199 or email at btobin@tobinlawgroup.com and get answers from an experienced employment law practitioner.